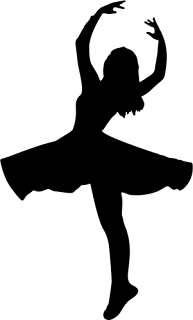 Me? I hid all my emotions like a broody hen with eggs on which I sat and didn’t allow anyone to see. If they hatched, I hid them under my wings.

Having a younger, prettier, talented sister made for a very uncomfortable childhood. It was always Tuffy this and Tuffy that. At family gatherings, when I played the piano pieces I had laboriously learned at music school, people only clapped politely. When Tuffy played, they loved her pieces, paid attention to her flourishes and showoff-ness. They always wanted encores from her when she played the piano, played the piano AND sang, and especially when she danced. She was like a child prodigy entertainer.

I was too tall for-my-age and ungainly. I was sulky. I was this and that – everything she was not. Since I was older, I had to be responsible for myself and her. When she got in trouble, they blamed ME.

But, I didn’t hate Tuffy. Nobody could. The sunshine in her spilled out and covered you with warmth when she was around.

Everybody knew she would become a dancer from the day she stood up. Her steps were balanced, from the beginning - so I heard them say. Any piece of music set her dipping and swaying.  When someone told her that there were schools in Canada catering to her talents, she sent for the information and chose one specializing in dance. That's where she wanted to go to school, she told our parents.

She got an immediate 'No'. It would cost millions in our local dollars to send her to boarding school in Canada.

'You can get good after-school tuition in music and dance right where we are.'

'There is no family in Canada, except an aunt with whom we are out of touch.'

'Pay attention to your schoolwork. Few can make a living from music and dancing.'

Tuffy kept up her campaign until she was 11+ years and passed her entrance-to secondary-education exam. She did very well, but was adamant - she would not go to school unless it was boarding school in Canada where she could learn to dance 'the right way'.

My poor parents! We were a fairly comfortable middle-class Jamaican family, but the kind of schooling Tuffy wanted would cost much more than they could afford.

Tuffy begged and cajoled and promised she would work hard and do well.

'Just give me one year and I will show you.'

Tuffy questioned every family member until she got the address of the distant aunt.
Tuffy wore them down. Eventually, they agreed to make the application before the deadline expired. They spoke to the distant aunt who seemed delighted at the renewed contact and promised oversight. They mortgaged our house to pay the initial costs. And so, while the rest of us homies were still on summer holiday, Tuffy, aged 12,  was travelling to a new school in a new country; on her way to new adventures, taking a completely different path from any other child we knew.

The rest of my growing-up years were a bit dull even if more emotionally stable without the ever present comparisons to the brilliant Tuffy. True to her word, by her second year, she did so well she was given a scholarship. Tuffy never came home. She did holiday courses, and later, jobs, which kept her there. My parents went to see her from time to time, without me. 'We can’t afford all the plane fares.'

Tuffy became a tutor at the school. Then, she joined a prominent modern dance group in America and soon became understudy to their principal dancer. My parents went to some of her concerts.

'She's excellent. You should read the reviews.'

I did. The reviews and pictures of my talented sister were kept in two big albums on the book shelf, still housing the many books on dance that Tuffy used to devour. Every now and then, the local newspapers did a story on her various successes in dance. I always ducked the interviews they did with my proud parents.

*******
The next time I saw Tuffy in person was when, in her 35th year, our National Dance Company invited her to be their guest for their summer season of dance. She would be lead dancer, choreographer and teach some master classes.

I was, of course, the stay-at-home family caretaker. Tuffy hadn't come home even for my father's funeral. Something about her visa. It was decided that Tuffy would stay with Mom and me for the four weeks of her engagements. All the many years she had been away, I had never gone to see her - even when I could afford to. I don't really know why, but we had never corresponded. We were sister-strangers.

*******
"And, how about you?" Tuffy asked. She was sitting on a bar-stool watching as I made her lunch according to her instructions. Her special meals had to be prepared to a strict schedule. She cotched on the stool as if it was a theatre prop from which she would soon launch into a mesmerizing glissé, or something such.

In the short time she had been home, everything had to be changed to make her comfortable. I had to call for help to move furniture around, clean curtains and disinfect every corner of the house.

"I am so sorry we lost touch.  Mom tells me you've published a book."

"Poetry," I replied, thinking that my one slim book could never compare to the fat albums of photos and reviews of her career.

"I teach," I continued. "I am glad you came during the summer holiday. We can devote some time to catching up."

I was really curious about her. I had wondered what she would be like. I imagined an extremely sophisticated, elegant dancer- looking woman with an engaging smile, spreading joy wherever she went.

I recognized her from her pictures, of course. She was beautiful and elegant; back straight, floating when she walked as if there was a layer of air between her feet and the ground. But, the ready smile I remembered from childhood had been replaced by a haughty, slightly sneering look of displeasure with everything she saw. It screamed diva, prima donna and all the stereotypical arrogance people usually associate with a highly successful artiste.

She floated off the stool to stand before a picture of our dad,stared at it for some moments then returned to the stool.

"I couldn’t come to his funeral, you know."

"That was the excuse because I could not come. I was sick, undergoing treatment for severe depression."

Depression? I never knew that someone so successful could be depressed. Leave that to me, I thought.

"I never knew that you were married!" I exclaimed.

"Nobody knew. We kept it very secret."

I didn’t say anything, but she seemed anxious to talk.

"I couldn't let anybody know. Anton was the company's messenger and handyman. My manager would have had a fit and so would Asha, our Director. Bad press and all that. Liaisons often happened in the company, but not MARRIAGE. Don't ask me why.

"But Anton was so handsome and sweet. He used to bring me flowers from fans and pretend they were from himself. He would hand them over with a flourish and some silly poem he had made up. He kept me laughing. Then one day I was alone in my dressing room, and …."

"So you married him," I interrupted. I didn’t want to hear any details.

But, she was determined to talk. "It was as if that corny picture of Cupid shooting his arrow at someone was really true. Anton pierced through the many layers I had developed to protect myself. You have to do that to survive in the theatre. He reached right into my heart and set it blazing. That night I danced with such inspiration, everybody was in awe. There were rave reviews, but only I knew the reason.

"It was wonderful at first. He made me so happy. He energized me. But, it couldn’t last, I suppose. He began to get restless. He hated keeping our marriage a secret. He wanted the world to know he was my husband. He expected better employment in the company and when it didn’t happen, he just left. I was devastated. I had to go into therapy.

She looked at me speculatively. "Have you ever been Forsaken? Discarded? Deserted?

I shook my head. I had never formed any relationship deep enough to cause me to use such dramatic words. I felt sorry for her.

"I let down my guard," she said with a soft moan. "I let him in. I was the one who used to break hearts. Before Anton, mine never got broken, never got touched.

"Never again," she vowed. She was silent for a few minutes, while I clashed a few pans to hide my embarrassment.

"I was happy for the invitation to come home. My therapist thought it was a good idea. The change would be good and reconnecting with my family would provide the healing I need."

"We'll keep you so busy, you won't have time to mope," I told her. I didn’t know what else to say, but she was not finished.

"I used to admire you when we were children," she said.

I was so shocked, I dropped the pan I was holding. I never would have thought that possible.

"You always seemed so calm and in charge of yourself. I was flighty. I needed to show off and be praised. I was selfish and self-centered. I guess I was destined to be on the stage from the very beginning. You probably hated me."

"I'm giving up dancing. I'll probably just teach or start my own small company or something, but I am giving up the stage."

"It demands a special kind of energy that I no longer have. The critics will soon start noticing."

I looked at my gorgeous sister. Surely she was in the prime of her life as a dancer. Why was she giving up? Then it hit me. Burn out. She had started shining so soon that she had burnt out too soon.

As I placed her lunch on the counter, I wished I could hug her and peel away the layers of protection which had smothered her soul and eclipsed her sunshine.