This is my third story in the 12 short stories in 12 months facebook group
Prompt — New Life.
Word count 1000 words 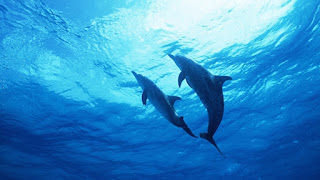 Ingrid walked through all four rooms of the apartment taking a last look at the primeval furniture she loathed. But, in the front room, she opened the piano and rippled the keys. This was the only item which was exclusively hers; a family heirloom, five generations old. It was so old she had had to learn how to tune it herself. She knew every ivory note as if it had been specially carved for her fingers. None of the new instruments had the clean, pure sound of the old pianos. She would miss it.

That other time, when she was planning to run away from home, she was only eight. On the pavement outside her house, she started to panic when she realized that she didn't know where to go. It was the sound of her grandmother playing 'Starscape' on this piano that had lured her back inside their home.

Today, there was no music to prevent her leaving, and she had no regrets about leaving without telling Simon. Living with him had become so frustrating. She wanted to move to New Sity where life was exciting with every modern convenience and constant entertainment. But, in New Sity, crowded with all the people displaced by the third phase of global warming, every aspect of life was controlled by the Sity Council.Simon valued the freedoms of freelance work and living in the Old Quarters. Doomed for demolition sometime in the future, Old Quarters was not subject to New Sity, or any rules.

But a single person could hardly survive in New Sity, so she had continued living with him in this rundown area.  With his superior coding skills, he could have got a great job with all the perks but refused to consider New Sity Corporation's invitation for a permanent job. He would have to move when demolition time came, but she was tired of waiting. So, when the adverts for volunteers to populate the first undersea housing project started, she had immediately applied, and, having passed all the medicals, this was her departure day.

Her thoughts drifted to that morning's scene with Simon.

"I'll be working on the other side of New Sity for a few days," he said. "Will you be all right?"

She had raised her brows. "Of course," she replied. When was the last time he had shown any concern for her?

When he was leaving he had kissed her cheek. Even more unusual, but she didn't spend any time wondering about his strange behavior. Her thoughts were all on the new life awaiting her.

Looking around the room, she noticed a folded page on the floor beside the piano. She picked it up and saw that it was a printout of early information about the City beneath the Ocean project.

"Oh, God," she exclaimed. "I hope he didn't see this." She didn’t want him to know where she was going. She was taking this chance for a clean break, a new life, new adventures, new faces, new challenges. And, perhaps, a new romance.

The pip- pip- pipping of her phone warned that the carrier drone was approaching. She slammed the front door for the last time and, without looking back, attached herself to the drone and took off.

The large, floating way station was crowded with a stream of migrants, men and women in separate areas. For perhaps the thousandth time, Ingrid tried to imagine what living under the ocean would be like, and couldn’t. The adverts said it was just like living on land; just a big city with different boundaries.

"Please take off all clothing and accessories and enter the decontamination chambers to your right when you see your name."

And, after what felt like a freezing dry 'bath' – "Press the button on the wall before you for new clothing, and then exit."

The new clothing was sky blue overalls, soft and warm. Her name tag read Dirgni. This alarmed her. Nothing had been said about such a fundamental change.

A warning growl from her stomach made her look for the cafeteria sign. She pushed the button beneath the sign and a tray appeared with a small crusty pie and a large, weird, multi-colored fruit.

The taste of the pie was strange; its green filling a bit spicy but not unpleasant. "Added vitamins," her neighbor said, pointing to the rainbow streaks on the oval fruit. "Information is on your new phone." The woman smiled. The fruit's juicy, slightly lemony-tasting flesh satisfied her thirst. She had never wondered about things like food. How did they grow it? The only thing she really knew was that when they arrived at First Cificap City, thousands of feet under the ocean, they would be housed and then be free to help develop their new life. She needed to study the information on her phone.

Time passed as she sat with her sister migrants on rows of benches. Nobody spoke much. Despite the soft, swishing, meant-to-calm sound of waves filling the room, a feeling of fear fluttered in her stomach. Had she made a mistake? Was there a panic button she could press to escape?

When it was time to enter the submarine, she stumbled in the line with the other women as they descended into a compartment with seating like an old-time bus. Arrows directed the women to sit on one side. When the men entered, she looked at them with uninterested eyes, wishing they would hurry so the trip could get underway. But, a man entering the compartment caught her attention. As he made his way to the seat opposite her, she choked.  It could not be!
!!!!!!!!!!!!!
But, it was. Nomis dropped into his seat and stared at Dirgni, his face a mirror of the surprise and horror on hers. Neither spoke nor acknowledged the other. It was, after all, going to be a new life for both of them.
++++++++++++++
Posted by Unknown at 7:56 AM