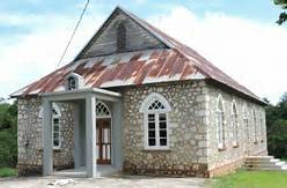 I just saw a video of a stand-up comedian doing  a piece titled Laughing in Church  is Illegal. Took me back to my childhood growing up in the Church of God- very strict evangelical - and having to deal with the desire to laugh – uncontrollably, more so because it was in church.


One night service, the young sister of a friend was put to sit on the front bench, presumably this would prevent her from falling asleep. But fall sleep she did and fell off the bench, sprawled out right beneath the parson. Us teens, sitting in the second bench, could not control our laughter and were shooed out of the service in deep disgrace.


Thereafter, there was a concerted effort to keep us from sitting together. We were forced to sit beside our mothers or some elder who would not hesitate to pinch us at the first sign of mirth. Strangely though, most of the pastors jokes at which they laughed politely were not funny to us.  As I grew older I began to think that maybe they didn’t think his jokes funny either. Like somebody was holding up a sign behind the parson – LAUGH NOW.


But when Sister Jordan's wig flew off when she fell under the spirit; OR Brother  Morgen's false teeth fell out when he was giving a fiery testimony, OR fat Sister Tome's white dress billowed out in the baptism pool and drew her away from the baptizing deacon, there was no controlling our laughter.
As I grew older, I found out that these holier- than- thou mothers and elders, also found these things funny, but they had better control and only laughed afterwards when they were out of church, because laughter in church, unless directed by the Holy Spirit ( read the parson) was really sinful.