I was obsessed with my Trevor 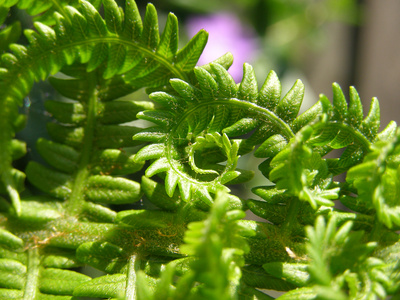 "Trevor!" I yelled.
My sister and my niece who were just coming through the door looked around startled. As if they expected to see Neville Longbottom's toad jumping at them. They had promised me a plant for my birthday and I was so excited to see it.
I had read up on plants - how you should name them and talk to them like persons. I hadn't given a thought to the name I would choose until I saw the plant in my sister's hands. It was definitely a Trevor.


It was frondy and curley-cued, some kind of plant which I didn't recognize, but I fell in love at once. I measured its water and plant food carefully and moved it around on the terrace until I found the spot it seemed to like best. Many evenings, while I relaxed with a cup of tea, Trevor listened to my woes from work, or problems with my other love. Trevor became my best friend.


For a few months Trevor thrived, loving my attention, then disaster struck. Trevor began to look droopy. Some leaves curled up, grew brown and fell off. I was beside myself. What could be wrong with my Trevor?  I tried this and that. No Internet search helped.
My boyfriend (who I think was jealous of the attention I gave Trevor) said that maybe I had misnamed the plant, and it was not a boy plant but a girl plant. We had a nearly relationship-ending conversation about this. All plants have to be girls, he said, since they could reproduce other plants. He suggested that I rename my plant Trevilla or Trevina and it would recuperate. I slammed the door behind him.


But, next day, he brought his friend who was a horticulturalist. He pruned Trevor severely, (I could barely watch) and revealed two new plants growing out of his roots. Some plants he explained, die down to make room for their offspring. I think my boyfriend had told him of my obsession; they both had sly grins on their faces.
When they left, I felt as if I had lost a lover. (Talk about gender confusion.) As if Trevor was an ex who had left me with two strange step-children. I felt very detached from them. I didn't even know their names. Perhaps we would have a healthier relationship. It hadn't really worked out with Trevor, after all. He had deserted me.
Posted by Unknown at 12:35 PM